York archery was a division of the Woodcraft Equipment Company, headquartered in Independence Missouri. It is not clear if Woodcraft manufactured anything other than archery equipment.  They billed themselves as the "the nation's oldest builder of quality archery equipment". The York Archery company made a lot of early lemonwood bows.  The beginning of York archery is thought to be 1923.  The 1942 catalog states they had been making archery equipment for the past 19 years, which would put them back to 1923.  Also, the 1973 "50th Anniversary" catalog would again put them back to 1923.  Their catalogs date back to at least 1932.

Ken Smith Sr. was the president of Woodcraft Equipment Company.  Ken ran the company with his wife Lucy, who kept the books and performed various administrative tasks.  Sales manager Dick Kerr convinced Mr. Smith to move to blister-pack packaging, and so Ken fabricated a flat-bed blister-pack machine in the machine shop (under the roof parking lot). This packaging was enormously successful, enabling the York brand to get shelf space in many sporting goods stores across the country. Upon the death of Sr. in 1972, his son Ken Smith Jr. assumed management of the company.

York Archery made standard longbows of mostly Lemonwood and Hickory from the 1930s  through the late 1950s.  In the 1960s they developed some nice target and hunting bows, such as the Constellation, Imperial, Crest, Super Crest, Thunderbolt, Crescent, Crown, Coronet, Trophy, Clipper, Tracker, Clipper, and other entry-level bows.  The collector's gem of the bunch is the target model Constellation, which was made from 1964 through 1967 (See the  picture below).  In the 1970s York joined the compound bow revolution and introduced several compound bow models with some success.  York is reported to have gone out of business in 1990. 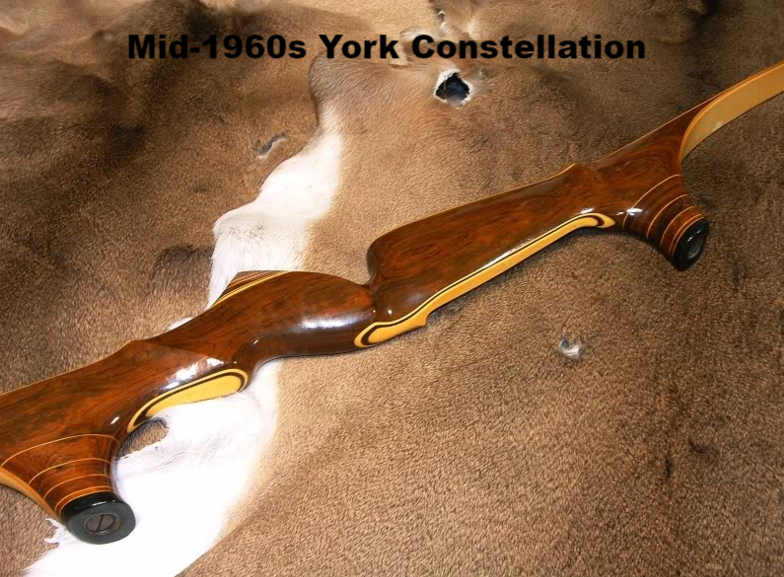 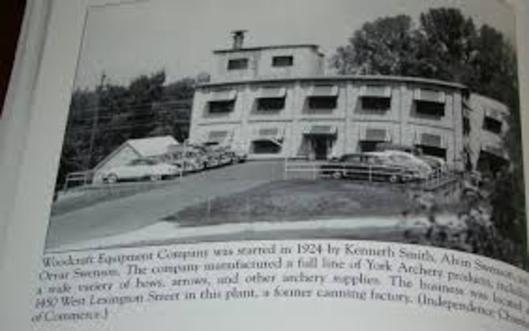